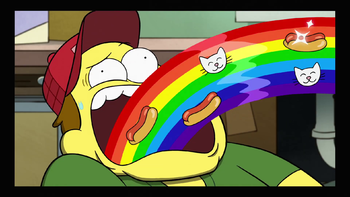 GROUT
Gramma: What's this for now?