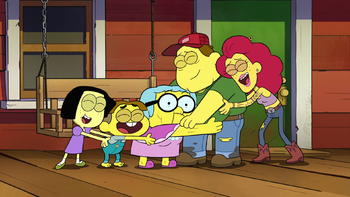 One big happy family.
Due to the show's strong themes of family, there are plenty of heartwarming moments scattered all throughout the series.