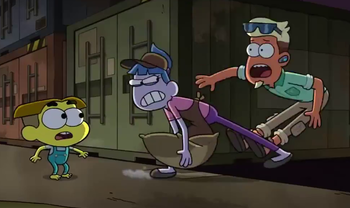 She's no city girl, she's from the suburbs.