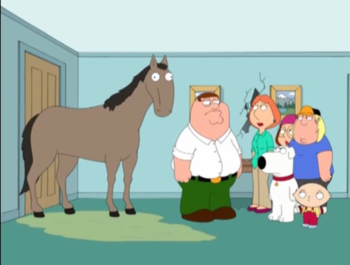 Family Guy has enjoyed a lengthy, successful run on television, and has a nuanced style of humor. As such, we've had to split more specific examples of the show's funny moments across multiple subpages.

And for the record, you can in fact call this page "Family Guy Funny Moments".