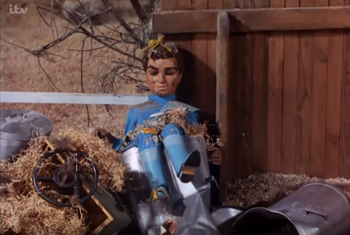 The things I do for International Rescue...

The 1960s series and movies