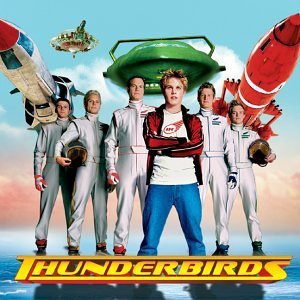 Thunderbirds is a live-action/CGI action film directed by Jonathan Frakes, and starring Philip Winchester, Ben Kingsley, Bill Paxton and a young Vanessa Hudgens, released in 2004 by Universal. It is based on Gerry Anderson's famous Supermarionation show, Thunderbirds.

Its theme song Thunderbirds Are Go was a UK number one for the pop rock band Busted.

A very informative review of the movie- complete with lots of screencaps, tidbits about the movie's development, facts about the vehicles, and even pictures of the props- can be found here