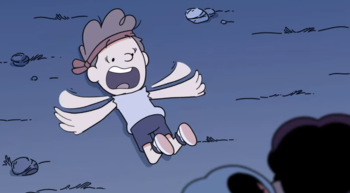 "The face goes in the front. It's not that hard."