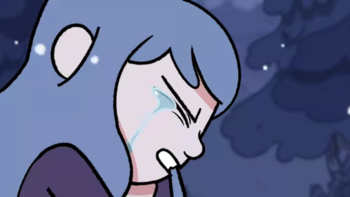 "Our house is gone. The mountains are gone. Our life here's gone. And now... now, Twig's gone too."

The life of an adventurer ain't always what it's cracked up to be.

open/close all folders
Season One
Chapter 1: The Hidden People

Chapter 6: The Old Bells of Trolberg

Chapter 7: The Beast of Cauldron Island