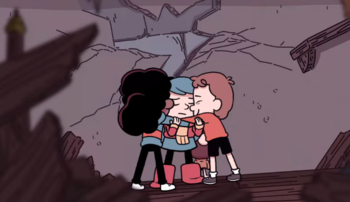 Such is the life of best friends.
Contains unmarked spoilers. You Have Been Warned!

Season One
Chapter 1: The Hidden People