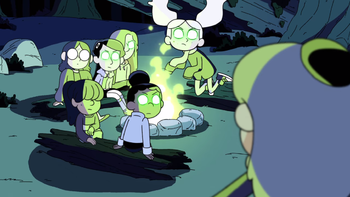 The life of an adventurer... is quite traumatic.