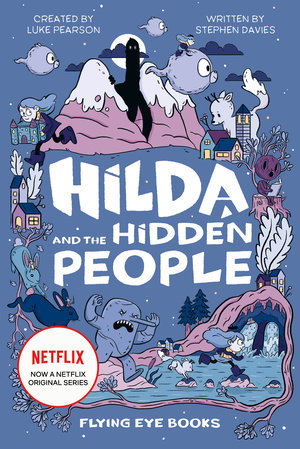 The first book in the series
Also known as the Hilda Tie-in-series. A series of illustrated children's novels, based on the animated series.
Advertisement:

The books are written by Stephen Davies and illustrated by Seaerra Miller . The books are published by Flying Eye Books . Each book adapts multiple episodes into a single story, and adds more world building to the world of Hilda.

In May 2022, all of the books were also released as audio books, with most of the cast from the animated series reprising their roles.

The Hilda Tie-in series contains examples of these tropes: