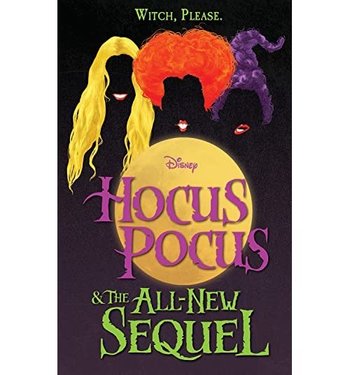 Hocus Pocus & The All-New Sequel is a 2018 book based off of the 1993 film Hocus Pocus. It is both a novelization of the original film and a sequel.

The sequel takes place twenty-five years after the original story. It focuses on Max and Allison's daughter, Poppy, who grew up hearing the family story of the first film and parents who avoid Halloween as much as possible. Poppy is skeptical of the tale and ends up in the Sanderson house on Halloween, twenty-five years to the day after the movie, in an attempt to prove there's nothing to the story.