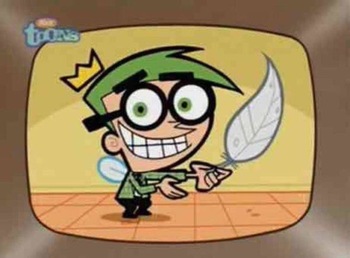 "Now here's Cosmo with the weather."
"I thought you said 'feather'".

One Flu Over the Crocker's Nest

Married to the Mom

School's Out!: The Musical