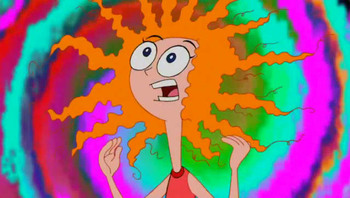 "Why do my nostrils whisper to meeeee?"
TV Tropes: "Aren't you a little old to find this show funny?"
Troper: "Yes, yes we are!"