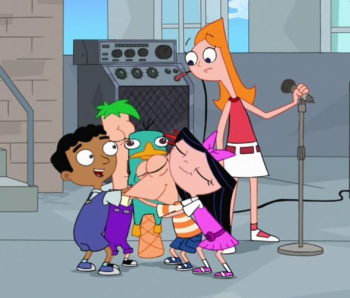 Heartwarming moments in Phineas and Ferb.

Get That Bigfoot Outta My Face

Tree to get Ready

Journey to the Center of Candace

The Best Lazy Day Ever

One Good Scare Ought to Do It!

Put That Putter Away

I Scream You Scream

Toy to the World

Does This Duckbill Make Me Look Fat

Ready For the Bettys

Interview With a Platypus

Day of the Living Gelatin

Attack of the 50 Foot Sister

At the Car Wash

I Was a Middle-Aged Robot

Invasion of the Ferb Snatchers

We Call It Maze

Mommy Can You Hear Me?

The Curse of Candace

A Phineas and Ferb Family Christmas

Sipping with the Enemy

For Your Ice Only

Fly On the Wall

Thanks But No Thanks

Tales from the Resistance: Back to the 2nd Dimension