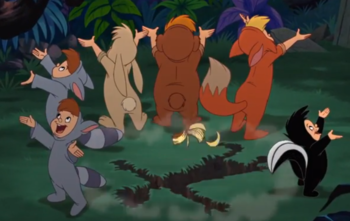 Slapstick Knows No Gender in Neverland.