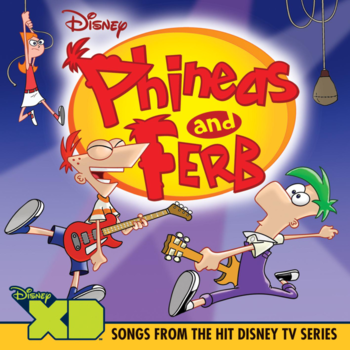 Music makes us better,
Brings us together,
And it helps me get back that spirit they stole!

Music makes us better,
Brings us together,
And I owe my life to Rock and Roll!
— Love Händel, "Music Makes us Better"
Advertisement:

One reason why Phineas and Ferb was so popular was because of the many songs used for almost every single episode. So let's take a listen to the many songs that this show has created.