Funny / The Curse of the Were-Rabbit 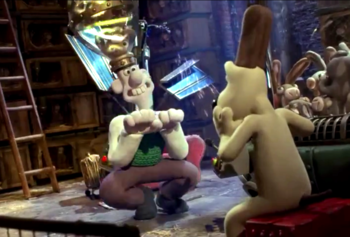 Wallace, who jump like a rabbit! That's hilarious!
The entire movie is one long series of sight gags, silent snarking, and puns, but these moments stand out above the others: