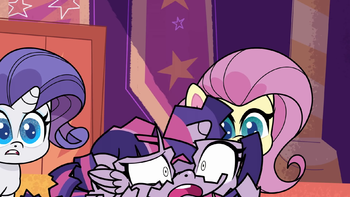 Cut my life into pieces...

A Denser and Wackier Spin-Off of My Little Pony: Friendship Is Magic was gonna have its Funny Moments.