Characters who appear in My Little Pony: Pony Life. For characters in the Friendship Is Magic continuity, go here. 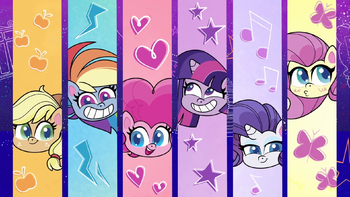 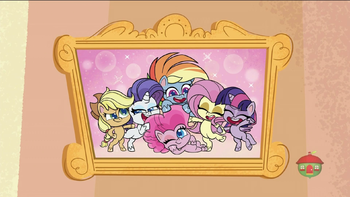 The Mane 6 are a group of friends that hang out at the Sugarcube Corner, a Local Hangout that's their "home away from home". It also hosts magic potions that the Mane 6 use whenever necessary. 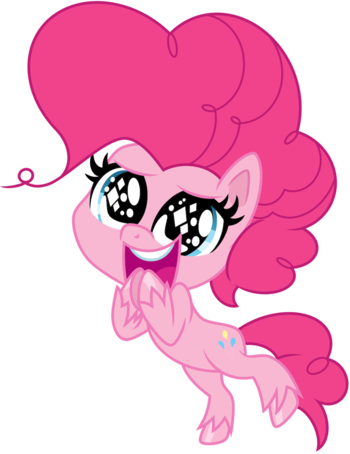 "I CAN'T HANDLE THE CUTENESS!!!"
Voiced by: Andrea Libman

Pinkie Pie is the cutest party animal around and runs the Sugarcube Corner. 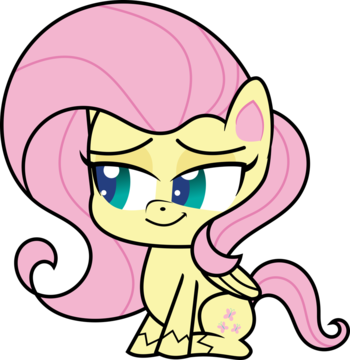 "I CAN be tough. I have a dark side."
Voiced by: Andrea Libman

Fluttershy is the sweetest of the group and an animal lover. But don't mess with her friends, or else. 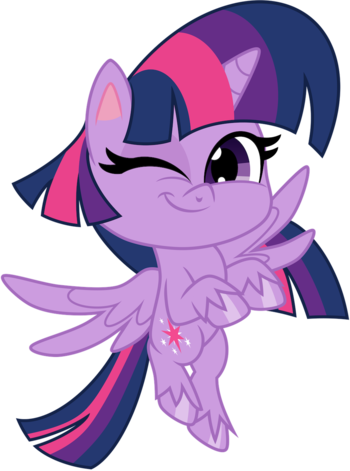 "I AM THE MASTER OF INSTRUCTIOOOOONS!"
Voiced by: Tara Strong

Twilight Sparkle is smart, and a bit of a book nerd. 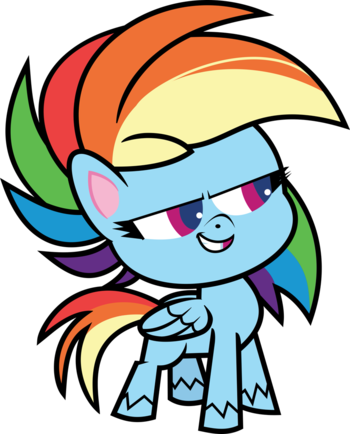 "I'm good at being me. Awesome, awesome... me."
Voiced by: Ashleigh Ball

Rainbow Dash is the fastest pony alive, and is a sucker for a good competition. 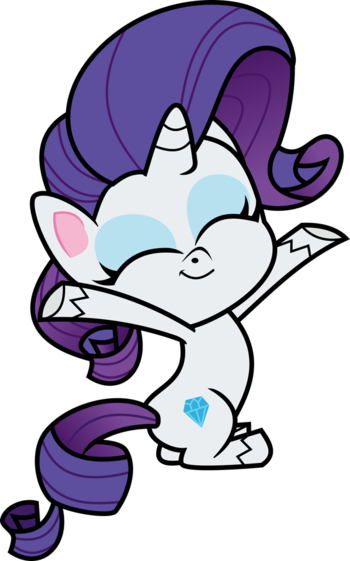 "You impress me Rarity, you sassy saucy girl with a mane that won't quit."
Voiced by: Tabitha St. Germain

Rarity is fabulous, but she can be a bit dramatic. 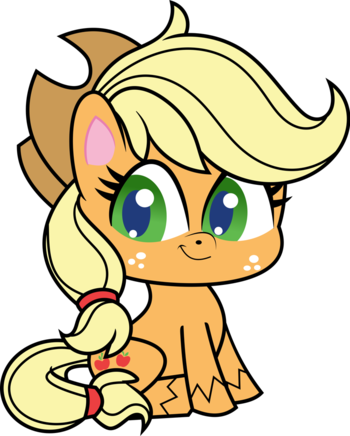 "Did you miss this? I missed this."
Voiced by: Ashleigh Ball

Applejack is described as being the "fun" one of the group. 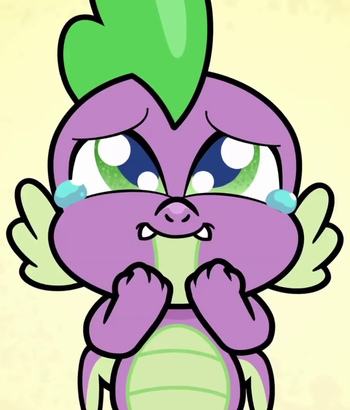 Spike the dragon is Twilight's assistant. 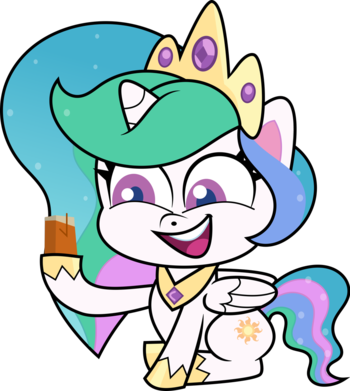 Princess Celestia is one of the judges of the Royal Jelly Juggernaut contest. 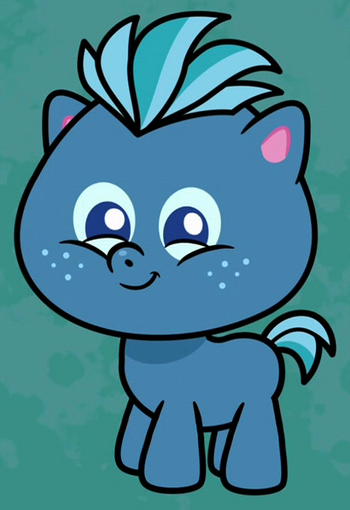 Smallfry is a tiny colt, and a Rainbow Dash fanboy. 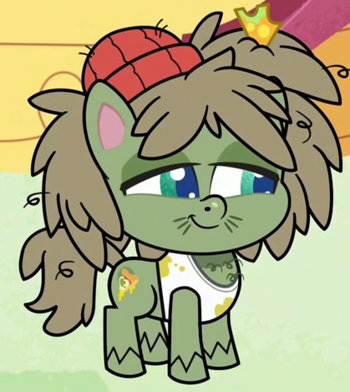 "When it comes to being the worst, you got nothing on me."
Voiced by: Kyle Rideout

Dishwater Slog is a lazy earth pony that challenges Rainbow Dash for a competition to see who can be the worst. 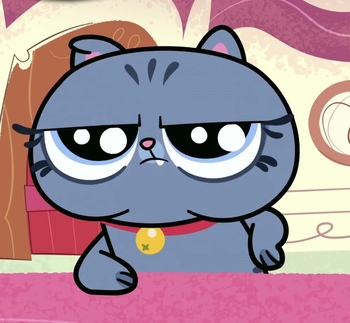 "If you can't handle me at my realest, then you don't deserve me at my cutest!"
Voiced by: Andrew McNee

Bubbles Cherub McSquee is a talking cat who befriends Fluttershy after her friends doubt her ability to be tough. He's quite abrasive and has a dark sense of humor, which Fluttershy likes in him at first. However, everypony else thinks something is up.

A group of alternative ponies that like unpopular things.
Fancy Pants

A snobbish unicorn that invites Rarity to go on a walk with him.
Cutie Mark Crusaders

A group of friends and junior members of the Trail Trotters. Apple Bloom and Sweetie Belle are the younger sisters of Applejack and Rarity respectively while Scootaloo is a big fan of Rainbow Dash.
Discord

The spirit of chaos and disharmony.
Trixie

Trixie is a traveling magician who lacks friends.
Starlight Glimmer
A lavender unicorn who has only appeared in the toyline.
Finn Tastic

Finn Tastic is a dolphin who is a celebrity and famous actor.
Potion Nova

A unicorn who is the maker of the potions that the Mane Six use.
Muffins

Muffins is a clumsy mailpony.
DJ PON3
A mute DJ who only makes sound through the Recurring Riff of the Theme Tune.
Octavio Pie

The older brother of Pinkie Pie.
Snips and Snails

A pair of Unicorn friends that the Mane Six help attend the Meet and Gallop.
Bulk Biceps

Natalie and The Pulverizer are a pair of mecha ponies that live in a futuristic Ponyville.
Lightning Chill

Lightning Chill is a laid-back tiger with a unicorn horn who hails from another dimension.
Echo

A bat with a unicorn horn who hails from an alternate dimension.
Sugar Snap

A peacock with a unicorn horn who hails from an alternate dimension.
Princess Cadance

Princess Cadance is the owner of the Crystal Empire Carnival.
Flim and Flam

Director pony from Applewood who is impressed by Rarity's acting and wants her as apart of his play.
Chamomilia

A pony hired by Rarity to help Applejack relax and overcome her stage fright.
Cheerilee

The owner of Let's Decorate, a party store.