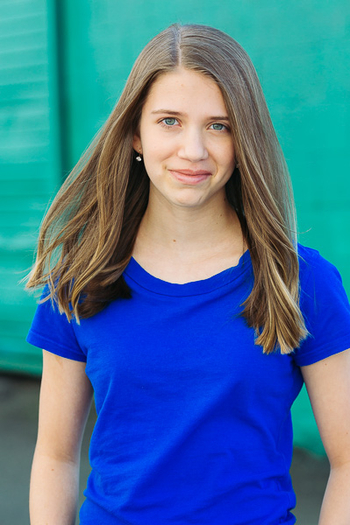 Human Sweetie Belle or Human Pinkie Pie? YOU CHOOSE! note Also of note is that she's the daughter of, of all things, the voice of Cheetor.
Advertisement:

Claire Margaret Corlett (born July 9, 1999) is a Canadian child actress and voice actress. She is best known for being the voice of Sweetie Belle in the TV series My Little Pony: Friendship Is Magic. She is also the daughter of veteran voice actor Ian James Corlett, who has experience with Hasbro properties, as well; and he also got her into voice acting.

She currently lives in Los Angeles for her acting career, although she goes back to Vancouver once in a while. In March 2022, she announced via an Instagram post

that she's been engaged to Gabriel "Black Gryph0n" Brown, a voice actor and musician who is well-known within the Brony fandom.

Works which Claire Corlett voiced in include: