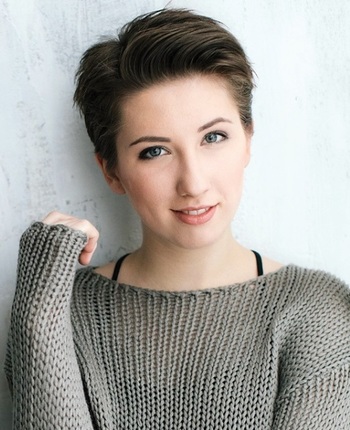 Michelle Nicole Creber (born September 7, 1999 in Vancouver, British Columbia) is a Canadian actress, musician, dancer and singer. She is best known for voicing Apple Bloom in My Little Pony: Friendship Is Magic, and as of 2014 can also be seen in a recurring role on the CBC drama series Strange Empire. As an accomplished singer in her own right, she has released several CD's under her own name and collaborated with Brony musicians Gabriel and Nathanael Brown (known within the fandom as BlackGryph0n and Baasik, respectively). She's constantly making concert appearances in her native Canada, as well as the United States and as far away as England. Her father is Michael Creber, a Grammy-nominated pianist who has played with k.d. lang, the Irish Rovers and Raffi, among others (he actually cowrote the latter's "Bananaphone"; the album it came from was the one that got the Grammy nod).

Animated works which Michelle Creber voiced in include:

In addition, Michelle can be seen in the following live-action works: