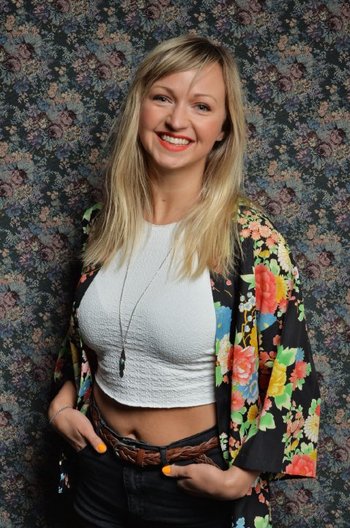 She has worked on many different shows, but is probably most familiar as the voices of Rainbow Dash and Applejack in My Little Pony: Friendship Is Magic. She tends to be typecast as excitable young boys or The Lad-ette.

In addition to her voice acting, she is also the lead singer of Canadian indie band Hey Ocean!. In September 2021, she had a son.

Tropes about her characters include: