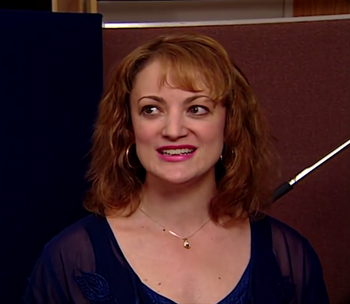 ...and that's pretty much all that's known about her, apart from her list of roles. Not a lot is known regarding her personal life, she rarely makes appearances at conventions, and wouldn't allow a photo of herself to be used on Behind the Voice Actors.

What harm could come from... listening?