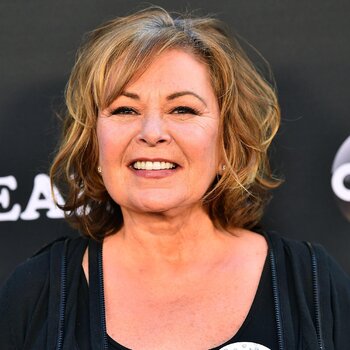 Roseanne Cherrie Barr (born November 3, 1952) is an American actor and comedian who held a career in television and films. She's best known for being the star of the ABC sitcom Roseanne, which ran from 1988 to 1997 and had a brief revival in 2018 before it was spun off as The Conners. She was one of the highest-paid TV or entertainment actors in the 1990s.

Barr has been severely obese even before Roseanne first aired and has always been famous for her obesity, weighing in at 350 pounds at her heaviest. Barr did however make note she's aware of her obesity and made jokes about it. She suffers from health problems which made her go through multiple surgeries. The characters on Roseanne considered and called Barr's character as being beautiful, especially Dan of course, though also acknowledging that she is obese.

In spite of her large popularity due to her show Roseanne, which earned her millions of fans, she also earned an equal or greater amount of hatedom and ridicule from the general public due to some bizarre antics, such as her disrespectful singing of the National Anthem at a 1990 baseball game, her Hitler photoshoot on Heeb magazine and multiple tweets considered offensive with one being ultimately fatal to her acting career.

Barr became known in the mid to late 2010s mostly for advocating right-wing politics, a sharp turn from her 2012 candidacy for President on the ballot line of the socialist Peace and Freedom Party of California (having failed to secure the Green Party nomination earlier that year). She supported Donald Trump for president in the 2016 presidential election, but then she stated she preferred winning the election herself. The Roseanne revival was one of the rare high rated TV shows that praised Trump, who was and is still seen as an embodiment of ignorance and bigotry by most high-profile and commercially successful TV shows, with Barr's character saying "Make America Great Again!" in Roseanne's season 10 premiere. Trump congratulated her on ABC renewing her show by telephone.

In 2018, Roseanne tweeted an insult to Valerie Jarrett about her ethnicity: "Muslim Brotherhood and Planet of the Apes had a baby =vj". As a result, ABC canceled the renewal of her show (which was planned for more seasons), which was continued as The Conners to ensure the rest of the cast would not be punished—Roseanne herself was written off as dying of an accidental opioid overdose.