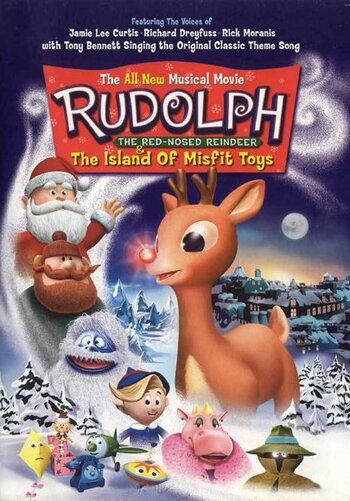 Rudolph the Red-Nosed Reindeer and the Island of Misfit Toys is a 2001 animated Direct to Video feature, produced by GoodTimes Entertainment (who had produced the 1998 animated film). Serving as the third sequel to the original animated special, the movie sees Rudolph and his friends Clarice, Hermey, Yukon Cornelius, and Bumble attempt to save Christmas once again, this time by thwarting the schemes of the terrible Toy Taker, who's been stealing toys from all over the world.