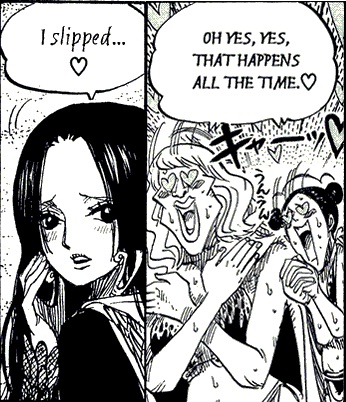 This being right after she chucked an old woman out of a window.
"You can't be mad at me... I'm cute!"
— Gawr Gura, hololive
Advertisement:

A character is forgiven for an otherwise serious offense just because they're cute. This occurs because cuteness implies innocence and vulnerability. You're more likely to forgive someone if they were ignorant of the harm they caused, after all.

Puppy-Dog Eyes may be used. Obviously abused by the Deliberately Cute Child and Cute Clumsy Girl.

A Sub-Trope of Screw the Rules, I'm Beautiful!. If the fans are doing this, it’s Draco in Leather Pants. See also What Measure Is a Non-Cute? and Bitch in Sheep's Clothing.