This page is for the characters who debuted in the 2017 feature-length movie. 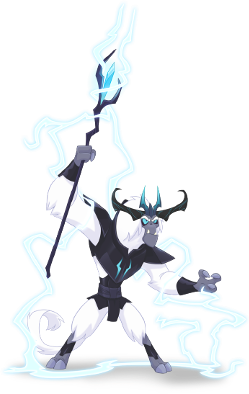 "Now I truly am the Storm King, and the entire world will bow to my ba-ba-ba-BOOM, baby!"
Voiced by: Liev Schreiber

A ruthless conqueror who has laid waste to the lands south of Equestria, and now sets his sights on the ponies and their magic. Sinister and slightly insane, the Storm King commands an army of storm creatures that only aim to please him and spread his will across the world. 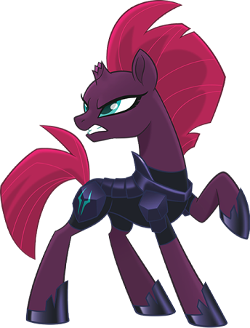 "How about we start with your complete and total surrender?"
Voiced by: Emily Blunt

The Storm King's right-hand unicorn, and commander of his invasion fleet. A traitor to her homeland of Equestria, Tempest was alienated from the other ponies at a young age after losing her horn in an accident. Now she faithfully serves the Storm King in hunting down the Princesses of Equestria, Twilight Sparkle in particular, believing that their magic may restore her own. 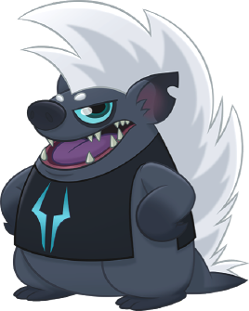 A pug-faced hedgehog that serves in the Storm King's army as Tempest's sidekick. Grubber talks a big game to make up for his short stature, but would really like nothing more than to sit back and relax with a good snack. 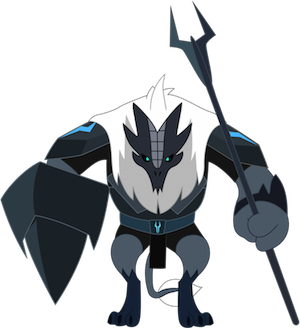 The army of hulking, Faceless Mooks who serve as muscle and enforcers for the Storm King and Tempest Shadow. 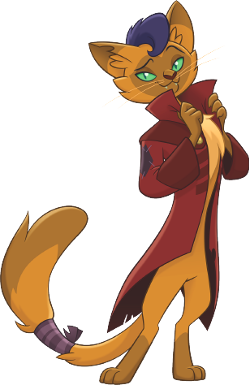 "Capper's the name. Charming's my game."
Voiced by: Taye Diggs

A conniving cat con artist who calls Klugetown his home. Capper lost everything he had when he tried scamming the local crime boss, and has since resorted to swindling others just to make ends meet. 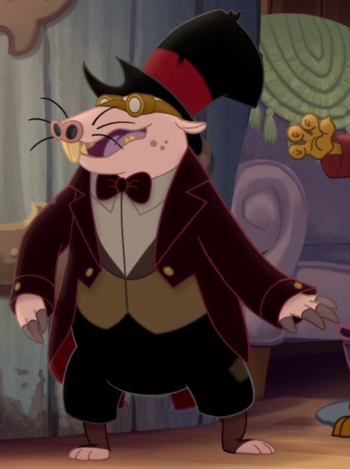 The crime boss who runs Klugetown. He holds a tight leash on Capper, who wound up in serious debt to him after a swindle gone wrong. 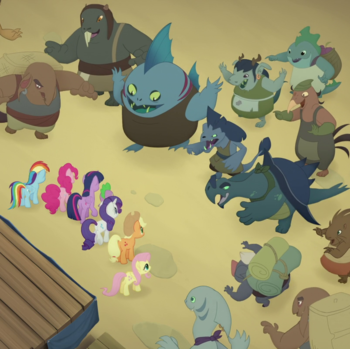 The assorted inhabitants and background characters who populate Klugetown. 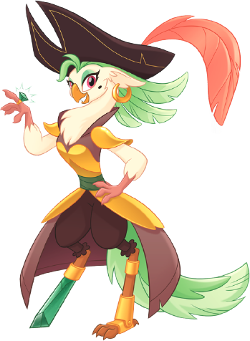 "Let's show these little ponies how it's done!"
Voiced by: Zoe Saldaña

The parrot-like leader of the pirates. Once proud and daring explorers of the skies, Celaeno and her crew were roped into the Storm King's service as mere freight haulers. It takes a certain group of six pony stowaways (plus one dragon) to rekindle her zest for adventure, making her an invaluable ally. 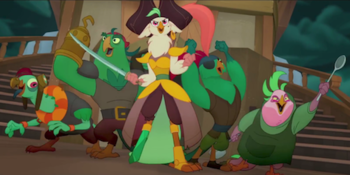 Captain Celaeno leads a hardy crew of parrot pirates much like herself. Their names are Mullet, Boyle, Lix Spittle, and Squabble.note Mullet and Squabble are named "Grin" and "Murdock", respectively, in some pre-release media

The crew also appears in the prequel comics, where they're rather more numerous than in the movie. 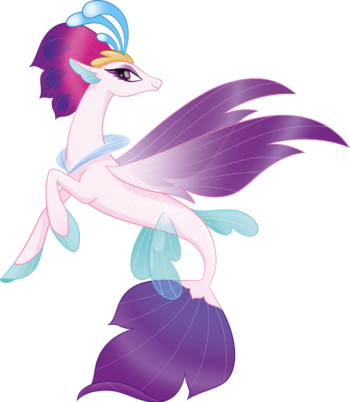 "I guess there is one small thing we can do for you."
Voiced by: Uzo Aduba

The ruler of Seaquestria, the kingdom of the seaponies. Novo had to evacuate her people to their current location after their original home, Mount Aris, came under threat from the Storm King's forces. Although she insists she and her people are happy with their new, secluded lives, she can't deny how much she misses their old way of life. 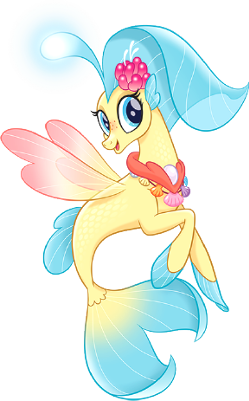 Spoilers As a hippogriff: 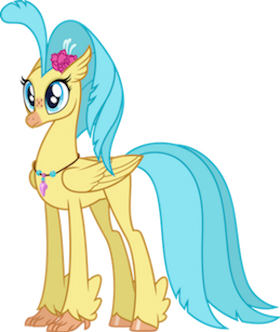 "There are so many things we can do!"
Voiced by: Kristin Chenoweth

The bubbly seapony princess of Seaquestria, and Queen Novo's daughter. Skystar longs to spread her wings and make new friends after spending too many years cooped up in her undersea home. She gets her wish when she stumbles into the Mane Six in their quest for help against the Storm King. 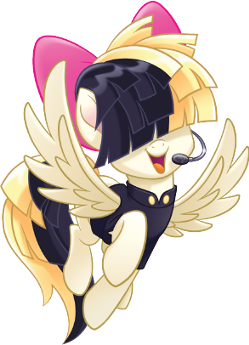 "I can see a rainbow from your tears when they fall on down."
Voiced by: Sia

Equestria's latest and greatest musical sensation. Songbird is brought on to lend her vocal talents at the Friendship Festival. 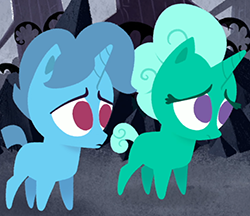 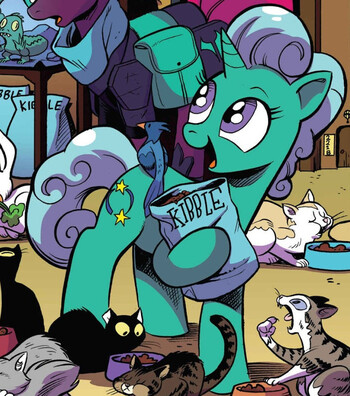 Grown Up Glitter Drops in the Comic

A pair of unicorn foals seen in a flashback sequence. They were Tempest Shadow's childhood friends, but drifted apart after Tempest lost her horn to an Ursa Minor.