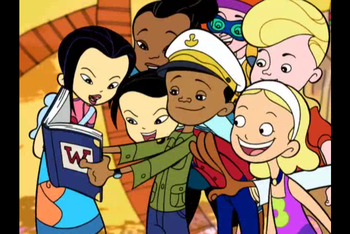 "Looks like you was goin' through a super-freak phase."

Between the awesome music and the wide cast of characters, there's quite a few moments that will have the viewer giggling.

Please place all examples in order of airdate