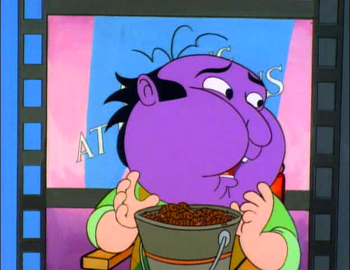 "Make up!"
Advertisement:
open/close all folders
In general
Intro sequence

Pilot
Marty's First Date
Dial M For Mother
Miserable
Advertisement:
A Little Deb Will Do Ya
Eyes on the Prize
Every Doris Has Her Day
Marathon Mensch
Jay: (disgusted) I may have screamed the word potty, but they took it WAY out of context!

Doris: To do what?
Anchor: Get coffee, run erands, you name it!

L.A. Jay
Dr. Jay
A Day at the Races and a Night at the Opera
Uneasy Rider
A Pig-Boy and His Dog

Sherman, Woman and Child
Siskel and Ebert and Jay and Alice
Lady Hawke
A Song For Margo
From Chunk to Hunk
All the Duke's Men
Sherman of Arabia
Frankie and Ellie Get Lost
Dukerella
I Can't Believe It's a Clip Show

After the show was on TV