The characters of The Critic

open/close all folders
The Sherman Family 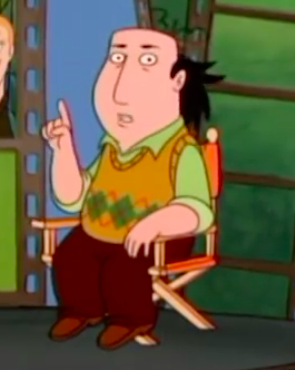 "It stinks!"
Voiced by: Jon Lovitz

New York's #3 (early morning Cable TV) film critic, and host of his own show, Coming Attractions. Jay generally struggles with his lack of popularity both on television and with other people, due to his cynical attitude and less-than-handsome appearance. Outside of work, he's a single father to his son Marty, after his bitter ex-wife Ardeth divorced him. As a baby, he was adopted into an extremely wealthy family, and he has a somewhat vitriolic relationship with his mother Eleanor. 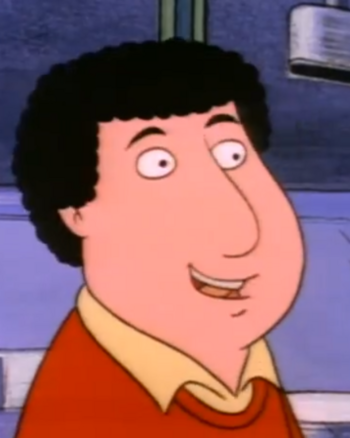 The son of Jay and his ex-wife Ardeth. Much like his dad, he struggles with his weight, and isn't very popular at school. 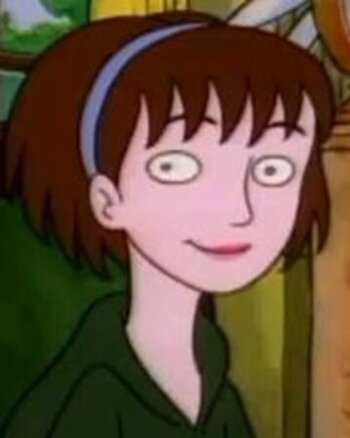 Jay's sister, and the biological daughter of Franklin and Eleanor Sherman. Unlike her mother, her relationship with Jay isn't at all strained, and the two of them genuinely love each other like a brother and sister should. 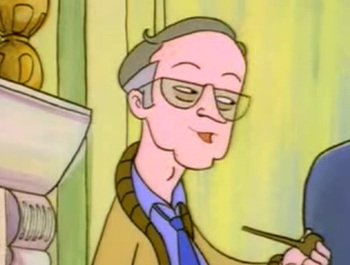 Jay's adopted father, and the wealthy former governor of New York. Franklin has a very loose grasp on reality due to his alcoholism. He has a tendency to say and do insane things on a regular basis, much to the embarrassment of his family. 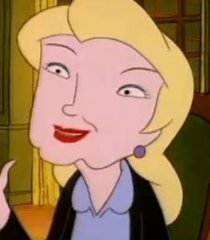 Jay's adopted mother. She's very bitter and critical of Jay's career and lifestyle. She also isn't a fan of Margo being a tomboy with no interest in the life of a debutante. While she's generally shown to be a Rich Bitch, deep down she does love her children, and only wants the best for them.

Jay's ex-wife, who despises him more than anyone. She generally only shows up to demand money from him, or to spend time with Marty. 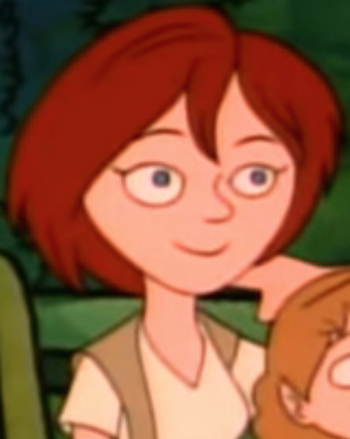 A single mother from Tennessee who moved to New York to make it on her own away from her cheating ex-husband, Cyrus. She is eventually hired as Jay's assistant, and the two of them become an Official Couple.

Alice and Cyrus' daughter. She's always very upbeat and cheerful, and takes a liking to Jay when she meets him, calling him "Uncle Jay".

Alice's cheating husband. He's a country music star who uses his sweet, sultry voice to charm Alice into staying with him, at least until Jay comes along. He appears in the season 2 episode "Sherman, Woman and Child." 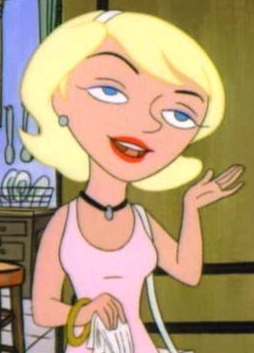 Alice's sister, who always outshines Alice at everything she does. She arrives in New York in order to find a rich husband. She appears in the season 2 episode "Dukerella." 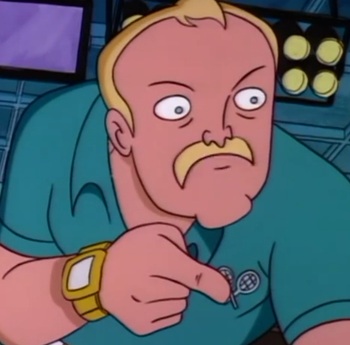 The owner of Phillips Broadcasting (Formerly Duke Phillips' House of Chicken and Waffles), which broadcasts Jay's show. He is an egotistical billionaire businessman, and constantly pesters Jay to either make changes to his show or threaten his job. 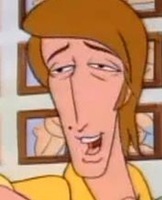 One of Jay's closest (and only) friends. Jeremy is a highly attractive actor from Australia who generally makes movies that Jay dislikes. Despite this, Jay gave a good review to Jeremy's first movie, Kegger Party at Hanging Rock, and was the only critic to do so, thus beginning their friendship. Jeremy also has a twin sister named Olivia. 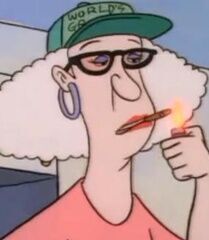 Jay's elderly, chain-smoking makeup artist. She's generally snarky and takes pleasure in seeing Jay suffer, and also has a crush on Duke Phillips, much to his disgust.

The owner of Jay's favorite restaurant, L'ane Riche (French for "The Wealthy Jackass"). He's something of a friend to Jay, though Vlada is only interested in him because Jay's Big Eater tendencies account for most of his profits. Not that Jay doesn't know.

The butler to Franklin and Eleanor Sherman. He hates working for them, due to being subjected to Franklin's insane tendencies and Eleanor's general unpleasantness. He doesn't like Jay either, usually greeting him as "Adopted Master Jay".

The principal of the UN School that Marty attends. He's generally very rude to people, pointing out their faults and letting out a loud, boisterous laugh.

One of Marty's classmates. His had is a large, heavy Easter Island statue, which makes life very hard on him.

An Expy of Barney the Dinosaur whose rating beat Jay's, much to his annoyance.

The legendary director and actor himself, who might have passed on by the time the show takes place, but still makes a few appearances through his infamous latter-day advertising and narration work.