While Creature Comforts features Loads and Loads of Characters, there are a few animal interviewees who appear more frequently than others. Here are some of the most frequent. 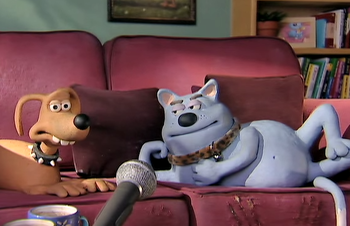 A Happily Married (presumably) lady dog and tomcat who are always seen lounging around on a couch. They often debate with each other about the topic of the episode, or each other's character flaws, or both at the same time. They're not too picky.
Advertisement:
Fluffy
"The Circus is, ummm... [Beat] It's a bit boring, isn't it, really..." 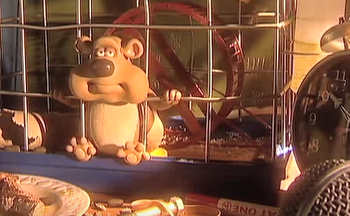 A very cynical, world-weary pet hamster with a droning voice and a history of both physical and mental injuries. Can be relied upon to highlight the dark sides of the episode's topic.
Gary and Nigel 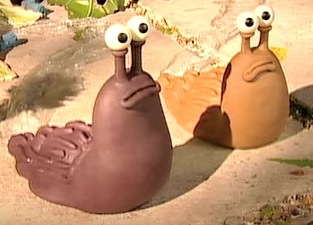 A dutiful pair of garden slugs who are never seen apart. Are probably the most 'normal' of the recurring animals.
Pickles 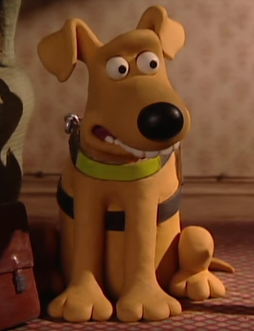 A very cheery Guide Dog with a penchant for chasing everything in sight. Voiced by Sarah Williams.
Spanner and Trousers 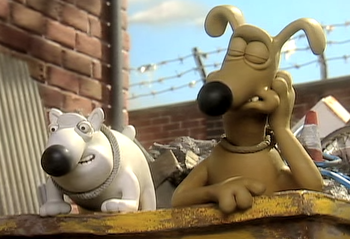 A pair of mangy dogs who live in a skip. They have some rather interesting habits.
Clement 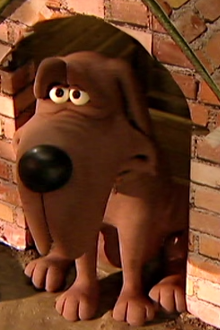 An old Bloodhound with horrible luck and a perpetual fear of having objects dropped on his head.
Advertisement:
Victor 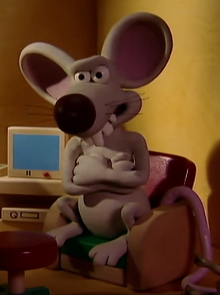 A very loud and emotional Mouse with a comically thick Geordie accent.
Behzad 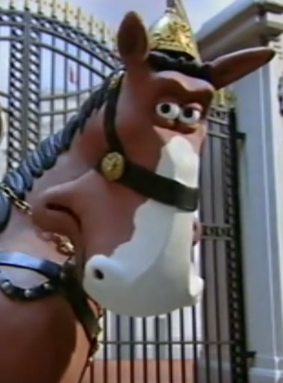 A funky Arabian Horse from outta town who's very mobile in the job market.