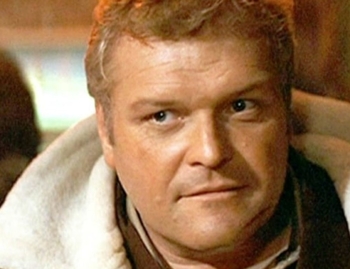 Brian Manion Dennehy (July 9, 1938 – April 15, 2020) was an American actor of film, stage, and television. A winner of one Golden Globe, two Tony Awards and a recipient of six Primetime Emmy Award nominations, he gained initial recognition in film for his role as Sheriff Will Teasle in First Blood (1982). He had roles in numerous films including Gorky Park (1983), Silverado (1985), Cocoon (1985), F/X: Murder by Illusion (1986), Presumed Innocent (1990), William Shakespeare's Romeo + Juliet (1996), and Knight Of Cups (2015). Dennehy won the Golden Globe Award for Best Actor in a Miniseries or Television Film for his role as Willy Loman in the television film Death of a Salesman (2000).

According to Variety, Dennehy was "perhaps the foremost living interpreter" of playwright Eugene O'Neill’s works on stage and screen. He had a decades long relationship with Chicago's Goodman Theatre where much of his O'Neill work originated. He also regularly played Canada's Stratford Festival, especially in works by William Shakespeare and Samuel Beckett. One of his daughters is film and television actress Elizabeth Dennehy.

Television(Regular and recurring roles only)