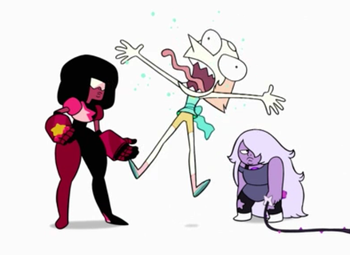 "The Classroom Gems: What Are Gems?"

"The Classroom Gems: How Are Gems Made?"

Steven and the Crystal Gems