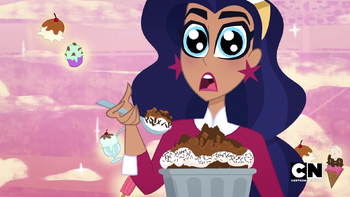 "It's wonderful! You should be very proud!"