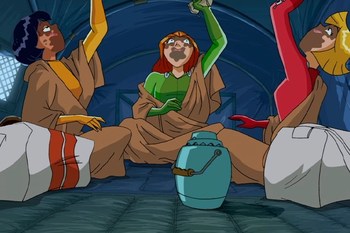 The girls demonstrate how not to drink hot chocolate.