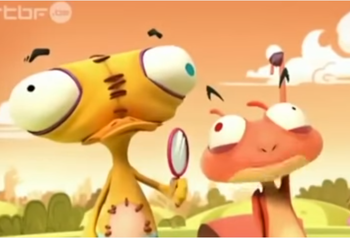 "I don't have protruding eyes and a bean-shaped head!"
A page for describing Funny Moments for Kaeloo. Warning: You might be here for a while.

What If We Played At Riding Ponies?

The Smileyland Team Responds to its Fans