Who said a kids' show about talking animals playing games couldn't be awesome? 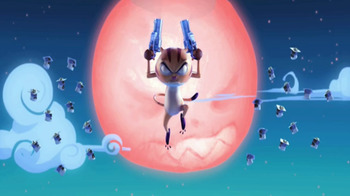 What if We Played At Riding Ponies?