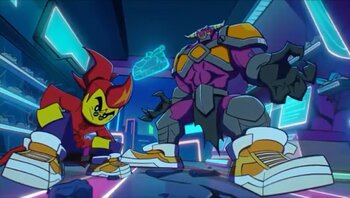 Ever expected to see a long-sealed away evil demon wearing fresh drip alongside his son? Don't worry, we didn't either.
Advertisement: