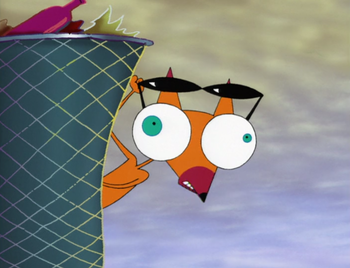 A good reason why we always wear dark glasses and never see his eyes.