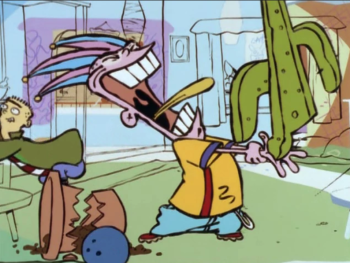 "Here Eddy, juggle this stuff."
Eddy: [near to laughter himself] Kevin looks like he's ready to bust an artery!
Advertisement:

He's not the only one in a series filled to the brim with gut-busting moments. In fact, this is often considered Cartoon Network's funniest show.