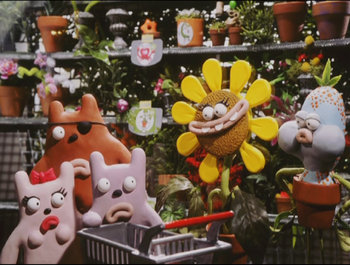 Easter Island Head #3: Well, we'll love you and leave you. Loads to do back at base camp. Big day tomorrow. Giving the caravan a wax.