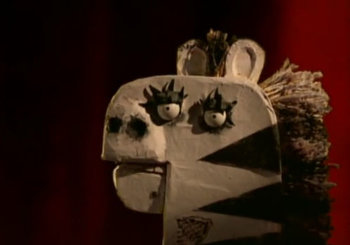 The more overly bizarre moments on the show, especially the dream sequences and freak out scenes, often fall into this trope.