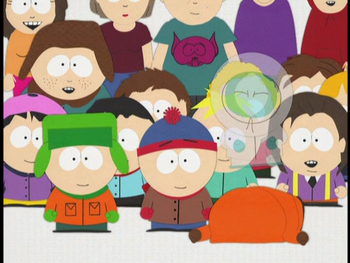 Come on down to South Park. You'll laugh until you die!note "Oh my god! They killed Kenny!" "You bastards!"
For moments specific to a particular entry, go to the following:
Advertisement:
open/close all folders
General Funny Moments
Seasons with Their Own Pages