Funny / Star vs. the Forces of Evil 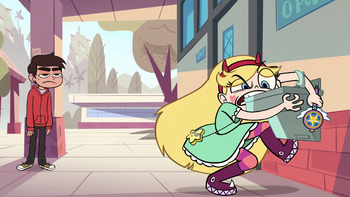 Before it all began, Marco found Star as a total nutjob.

Star Comes to Earth
Party with a Pony