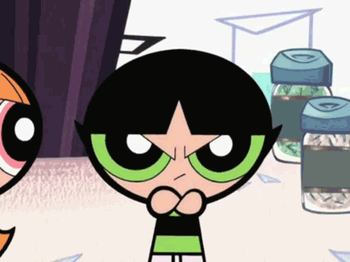 "We have Blossom, Bubbles, and... Buttercup; because it also begins with a 'B'."