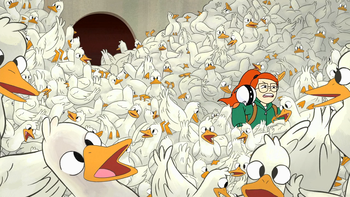 "Can you help me find my normal eyes?"
Advertisement:

The Infinity Train contains infinite possibilities of cars with wacky scenarios, so you can expect a few things to make you laugh.