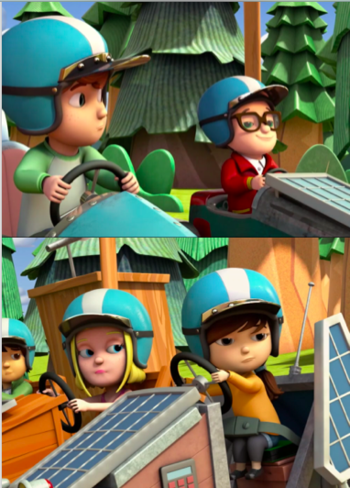 They see me rollin', they hatin'.
Advertisement:

At this point, Ready Jet Go could rival Peg + Cat in terms of humor.