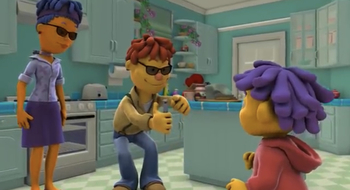 Now, if you can look right here Sid...