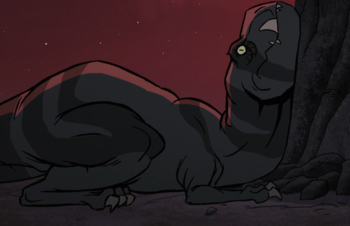 If at first you don't succeed...

Despite being one of the most brutal and bloody projects Genndy Tartakovsky has ever worked on, Primal (2019) still manages to have a few moments of genuine levity.

open/close all folders
"Spear and Fang"
"River of Snakes"